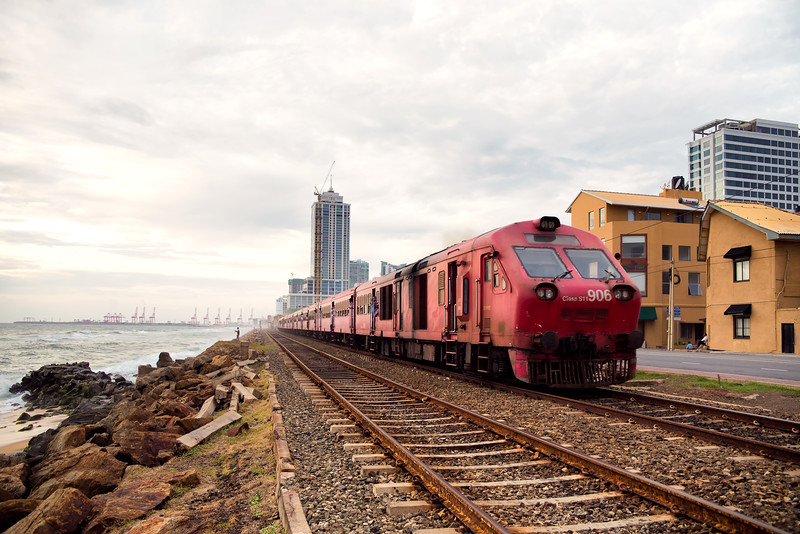 I had just a few hours between arriving in Sri Lanka and meeting with a client to get my bearings - so after dropping the bags at my hotel I ventured out and headed straight towards the shore front with my camera.

Between the hotel and the shoreline (no more than 500m) and I had already seen giant fruit bats flying overhead and sunbirds delicately floating between flowering bushes - it was shaping up to be an incredible trip already.

I had assumed that the coastal side of Colombo would be the main 'tourist area' with somewhere to grab food, so I was surprised to find on arrival that it is actually dominated by a main road and railway running side-by-side. I was far from disappointed though; it afforded some fabulous photographic opportunities to capture the contrast between this and coastal towns elsewhere.

There are of course no safety precautions (besides a very loud horn on approaching trains) so I clambered across the tracks, and almost immediately I was greeted by a large red passenger train roaring along the tracks towards me. I quickly raised my camera and had a chance to capture this striking image of the approaching train, towering buildings in the distance and lone fisherman on the shoreline.