Home and Away - Aaron Northcott 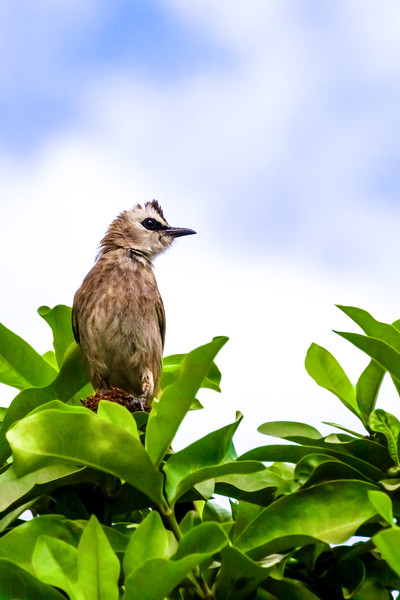 I love to walk along the river near to my home early in the morning; iridescent cormorants sunning themselves atop mooring-posts, flocks of nattering goldfinches flutter from tree to tree, a lone fox skulks along the boundary of the bramble thicket, and rabbits dart in all directions as they see you approaching.

These are the sights I’m most used to and think fondly of... however, having grown up in the UK I have become somewhat accustomed to our native species.

When I visit somewhere I haven’t been before the beauty of even their most common species astounds me – whether it’s the sleek mina bird picking at food scraps in Phnom Penh, one of the 3,000,000+ alligators lurking in Florida’s backwaters or a majestic elk crossing the road in front of you in Norway; all of these and more are common sites to the locals... but to me they are something different and exciting.

I’m instantly inspired, and the potential for new images and photographs seems endless.

The image above is of a Yellow-Vented Bulbul; a common species found across South East Asia, and if you spend any length of time there you’ll likely also come across the Red-Vented Bulbul and the White Cheeked Bulbul.

The contrasting light and dark plumage and beautiful crest of the bulbul really captivated me, and I spent countless hours trying to get the shot I wanted… and yet this species could be compared to a blackbird or a starling back in the UK – birds that many would overlook.

I’m sure I’m not the only person to feel this way and I always find it odd to think that (especially in photography) many will travel far and wide to take their images and study their subjects. An aspiring UK photographer may choose to travel to Kenya to photograph the big game animals, or Australia to capture images of Sydney Opera House; whilst on the other hand you have aspiring Australian photographers doing exactly the opposite, travelling all the way to the UK to photograph Red London Buses and Scottish Highland Cattle.

Though it can be a strange thought – there are good reasons to travel in the name of photography; there is the thrill of travelling somewhere new, experiencing interesting and unfamiliar environments, and for those that are looking to sell their photography it’s likely that images of exotic locations and unusual species that are really going to catch people’s attention back home.

Nonetheless, it’s always good not to lose sight of the beauty in the wildlife, landscapes and wonderful opportunities that surround you on a daily basis on home-ground. There will always be demand for those images too!