Photographing Grizzly Bears in the wild (or really even just sharing time with them in their natural habitat) has been on my bucket list ever since I was a child, and I’ve been fortunate enough to encounter them several times now since moving to British Columbia. I will always remember my first encounter with them though, in The Great Bear Rainforest on the shores of the Pacific North West. 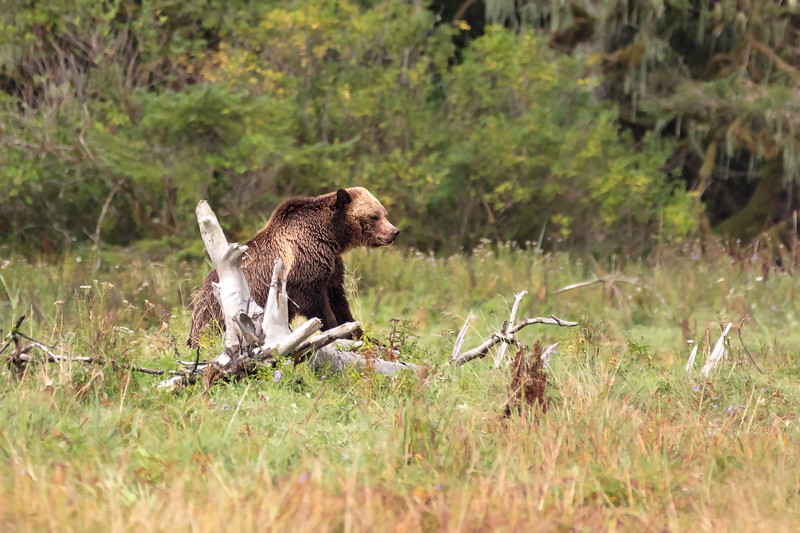 Grizzlies had been on my mind ever since arriving in Canada and unlike most people, who hope that they don’t bump into a bear on their hikes, I was precisely the opposite and spent as much time as possible exploring the mountains and pine forests of BC. There are over 26,000 Grizzly Bears in British Columbia, but that doesn’t mean they’re easy to find; for such large mammals, it’s surprising how quickly and quietly they can disappear into the forests that they call home!

The bear in the image above is the first Grizzly Bear that I ever saw in the wild, and it was one of a pair. They were sisters, grazing on the tall Sedge Grass that lined the banks of the Knight River Inlet - and they were entirely uninterested by my presence! I kept a respectful distance and in return I was able to capture some beautiful images, some of which you can see in my wildlife portfolio.

British Columbia is home to a whole host of incredible wildlife, not just Grizzlies; from Humpback Whales, Orcas, Sealions and Porpoises in the oceans to Black Bear, Moose, Elk, Mountain Lion and more on land… a true wildlife photographers paradise!

How Did You Shoot That?